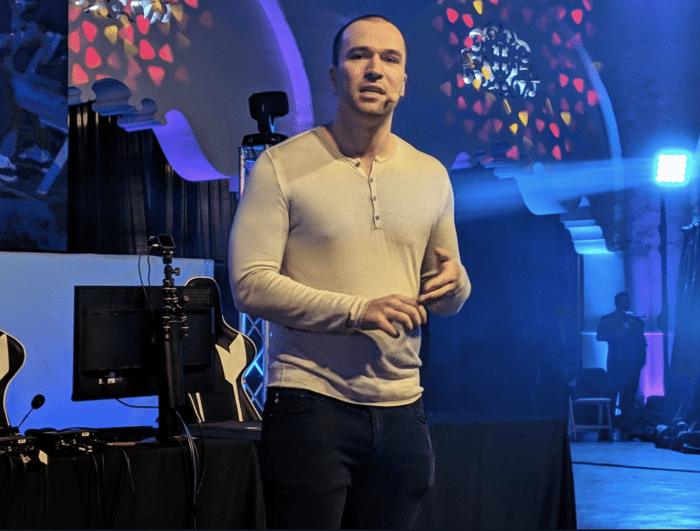 The text of my speech introducing OpenAI Five at Saturday’s OpenAI Five Finals event, where our AI beat the world champions at Dota 2:

“Welcome everyone. This is an exciting day.

First, this is an historic moment: this will be the first time that an AI has even attempted to play the world champions in an esports game. OG is simply on another level relative to other teams we’ve played. So we don’t know what’s going to happen, but win or lose, these will be games to remember.

And you know, OpenAI Five and DeepMind’s very impressive StarCraft bot
both have beaten good pros privately but no one has seen it it happen live — so if we win, it’ll be a first on that front too.

This event is really about something bigger than who wins or loses: letting people connect with the strange, exotic, yet tangible intelligences produced by today’s rapidly progressing AI technology.

We’re all used to computer programs which have been meticulously coded by a human programmer. Do one thing that the human didn’t anticipate, and the program will break. We think of our computers as unthinking machines which can’t innovate, can’t be creative, can’t truly understand.

But to play Dota, you need to do all these things.

So we needed to do something different. OpenAI Five is powered by deep reinforcement learning — meaning that we didn’t code in how to play Dota. We instead coded in the how to learn.

Five tries out random actions, and learns from a reward or punishment. In its 10 months of training, its experienced 45,000 years of Dota gameplay against itself. The playstyle it has devised are its own — they are truly creative and dreamed up by our computer — and so from Five’s perspective, today’s games are going to its first encounter with an alien intelligence (no offense to OG!).

The beauty of this technology is that our learning code doesn’t know it’s meant for Dota. That makes it general purpose with amazing potential to benefit our lives. Last year we used it to control a robotic hand that no one could program. And we expect to see similar technology in new interactive systems, from elderly care robots to creative assistants to other systems we can’t dream of yet.

This is the final public event for OpenAI Five, but we expect to do other Dota projects in the future.

I want to thank the incredible team at OpenAI, everyone who worked directly on this project or cheered us on. I want to thank those who have supported the project: Valve, dozens of test teams, today’s casters, and yes, even all the commenters on Reddit. And I want to give massive thanks today to our fantastic guests OG who have taken time out of their tournament schedule to be here today.

I hope you enjoy the show — and just to keep things in perspective, no matter how surprising the AIs are to us, know that we’re even more surprising to them!”

I joined Stripe as an engineer in 2010. I began by working on the backend infrastructure: designing the server architecture, creating our credit card vault, and producing internal abstractions to make people’s jobs easier. I loved... Continue →